SpotQA, a new automated software testing platform that claims to be significantly faster than either manual testing or existing automated QA solutions, has raised $3.25 million in seed funding.

Founded in 2016 by CEO Adil Mohammed, who sold his previous company to apparel platform Teespring, SpotQA’s flagship product is dubbed Virtuoso. Described as an “Intelligent Quality Assistance Platform” that uses machine learning and robotic process automation, it claims to speed up the testing of web and mobile apps by up to 25x and make QA accessible across an entire company, not just software or QA engineers.

“Over the years working closely with engineering teams, I learned how the QA and testing process, when done inefficiently, can be a big barrier for company growth and productivity,” Mohammed tells me. “The way testing is done today is not fit for purpose. Even automated testing methods are not keeping pace with agile development practices”.

This results in software testing creating a bottleneck that prevents companies deploying as fast as they’d like to, says the SpotQA CEO, which is pain point for all involved, from developers to testers, all the way through to DevOps and production. “It has a real impact on the company’s bottom line,” adds Mohammed.

The incumbent options are either manual testing or traditional automation. Mohammed says manual testing is slow and makes continuous development difficult as there is a constant “disconnect” between QA and other teams. In turn, traditional automation is not very smart and hasn’t seen much innovation in the last decade. “It’s still very code based, relies on expensive automation engineers and it is difficult to setup and maintain,” he argues. 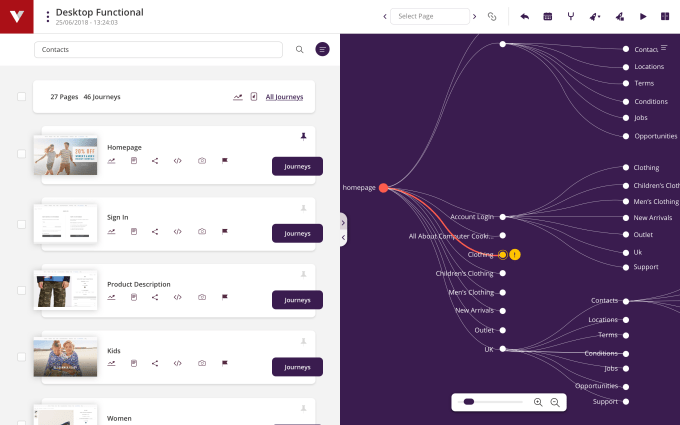 In contrast, SpotQA claims to have designed Virtuoso so that software quality can be ensured across the entire software development lifecycle, something the company has branded “Quality Assistance”.

“By using machine learning and robotic process automation, Virtuoso is by far the most efficient and effective way to ensure bugs, inconsistencies and errors can be identified and fixed in a fraction of the time taken using manual and traditional automated testing,” says Mohammed.

Meanwhile, the London-based company will use the new injection of capital to scale engineering, sales and marketing, and to expand internationally. Existing Virtuoso customers include Experian, Chemistry, Optionis and DXC Technologies.

Why Dropbox shares are soaring after it reported earnings

After:n u00a0n n”,”protected”:false},”excerpt”:”rendered”:” Gmail’s search is getting a significant update that will allow users to ...